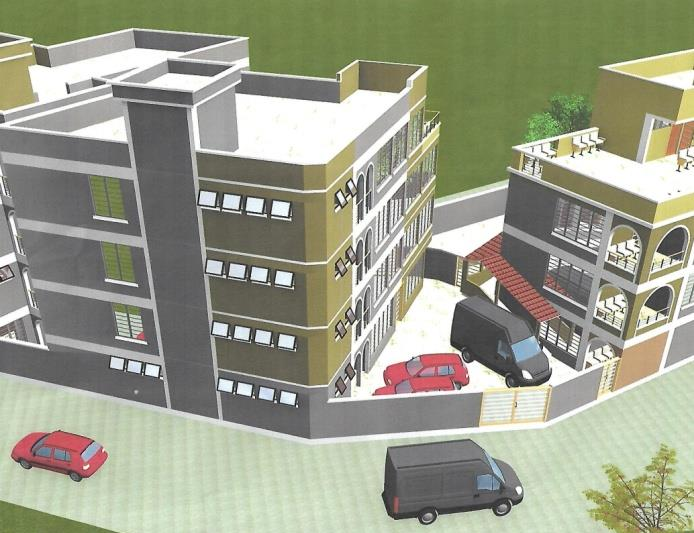 Korogocho slums upgrading program is a project of both the Kenya government and Italian government to give the Korogocho slums a facelift with modern houses to be built to replace the tin roofed structures. The project began with identifying Korogocho owners of tin roofed houses, churches and other institutions residing in Korogocho. The government surveyors came in to subdivide Korogocho land providing official road interlinks and plot size numbering in order to provide land allotment letters which will lead to land title deeds. VPM had already gotten a title deed through the President of the Republic of Kenya, on the 19th October 2008. When Korogocho slums upgrading project begun, the ministry of lands housing and urban development wrote to VPM acknowledging our land title deed on 25th October 2013. They indicated that the government would add VPM land from 0.0638 Ha to 0.0865 Ha because they acknowledged our positive contribution to Korogocho community development.

We are happy to report that the manager for Korogocho slums upgrading project Mr Kenneth Nyaseda, visited VPM and brought the new VPM land lease for signing on the 15th September 2020. We were so pleased to note that the land lease that we signed indicated that VPM’s land has been increased to 0.78 Ha. Besides our church will also be allocated its own land that we lost through road expansion some years back.

This is a miracle to VPM because of the favors VPM has had from the government. We will now have more space on our compound. The 3D plan illustrated above shows the proposed development of Haven school, Vision children’s home and medical centre which will cost USD 433,000 which will take several years to build. We have plans to have a library in our Haven School. This library will both be used by students at our school and open to the public. We plan to charge some fee for the public users in order for the library to generate an income to VPM. We are therefore requesting for textbooks on all/any subjects from anyone who can donate to the VPM library.

VPM plans to relocate vision children’s home to VPM centre in Korogocho because we don’t have transport means from Lucky Summer to Korogocho every morning for the children. We are appealing to VPM’s friends and supporters to give towards developing the permanent building showed above. In UK, detailed information can be obtained from Mr Handley Hammond of Epsom Baptist Church and/or Mr William Ascough, VPM Trustees.

Vision children’s home and medical centre which will cost USD 433,000 which will take several years to build.

DONATE TO THIS PROGRAM
Leave a Reply